Samuel Smith’s organic beers and ciders. A sampler selection of 6. There are many craft beers and ciders available now as the foodie revolution continues to boom, but few are also organic, so treat yourself to something really special. Clean, fresh, authentic and completely naturally produced in the UK. 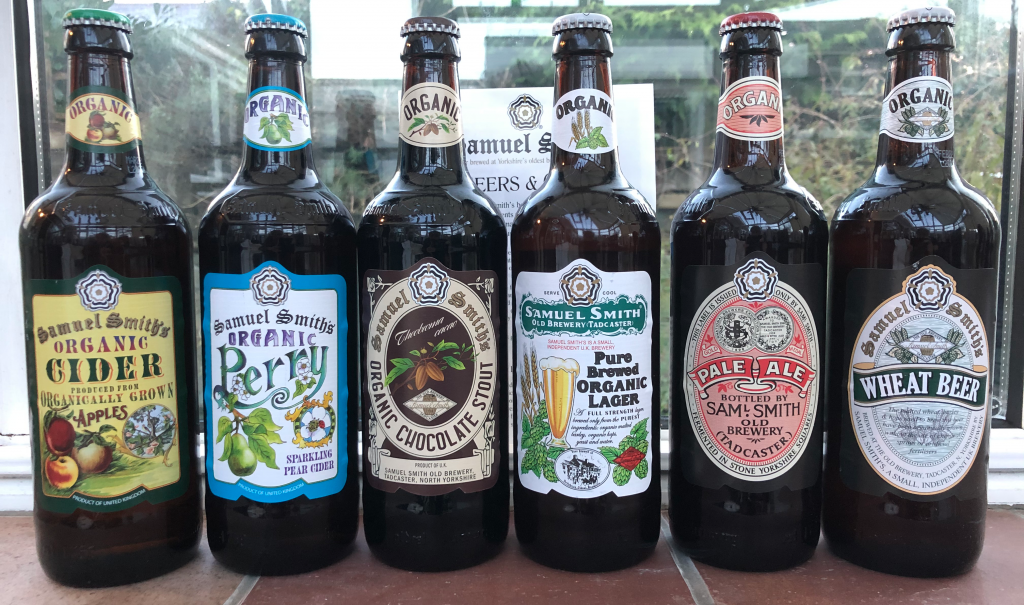 This is simply a quick way to order 6 of the beers and ciders until i have the single listings up.

The listing is for 1 of each type. If you prefer a different mix, please specify in the order notes at the checkout.

Samuel Smiths Organic Beers and Ciders are a wonderfully delicious and healthy alternative to all the usual mass-produced rubbish available in the supermarkets. Craft beers and ciders are all the rage now as people become far more ‘product-aware’. The desire to know how and by whom products are made. A desire to support small independent producers rather than Big Food & Drink. Part of this movement is the increasing popularity of organic, biodynamic and natural production methods. It’s increasing popularity is partly due to growing awareness of personal, mental and physical health, but also due to increasing concern for the environment. These beers and ciders are some of the few craft beers and ciders which are also organic and hence tick all the boxes.

Samuel Smiths – organic beers and ciders are suitable for vegetarians and vegans.

The brewery still uses stone Yorkshire squares to ferment all its ales and stouts (except Sovereign and Extra Stout) and the same yeast strain has been used since the 1800s.

Whole dried English hop varieties such as Fuggles and Goldings are used to add bitterness and aroma to Samuel Smith’s traditional ales in the antique boiling coppers.

Samuel Smith’s uses oak casks for all its naturally conditioned ale. The casks are made and repaired at the Old Brewery by the brewery’s full time coopers.