Olivier Cazenave is the most radical wine grower in the Bordeaux region. He entered the wine-making business back in 2003 in the midst of a downturn in the region.  “you would have to be crazy to buy a property in Bordeaux in 2003. Indeed, everybody talked about crisis, and still talking today, poor sales and price decrease.” 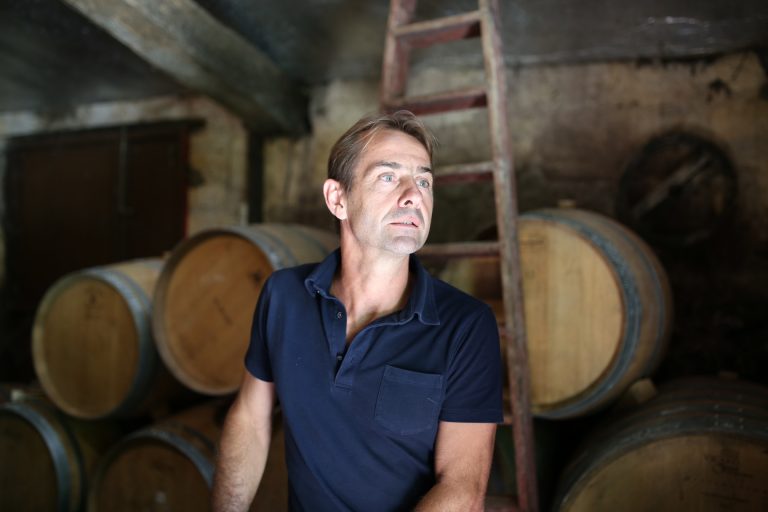 Despite this, and clearly driven by passion, he set about creating what is now one of the most creative wineries in France. Determined to do things differently Olivier and his wife Anne Cazenave Mullins, who married him the year they bought the Château, set about building a team of people who were to help them realise their dream.

He makes it clear on his website that he wanted to try to get away from the ‘big wine’ mindset and focus on making very good but affordable and individual wines. He has certainly succeeded and has had wide acclaim among wine aficionados.

I am tired of all of these cuvees well made but too much expensive to prepare, and in terms of quality, finally often standardized.

At Château de Bel, it’s the total opposite of these famous wines. Everything turns around humility and common sense: the size of the property, the localization, the house, our limited means and especially the desire to produce a self corresponding wine.

His wines are beautiful, individual, full of character and full of the spirit that has driven him through the last 17 years. They are produced in small amounts from modest sized vineyards worked by hand and horse using traditional methods. The results speak for themselves and when you try his wines, which are now all Biodynamic, they are testament to what can be achieved when a vision is realised. 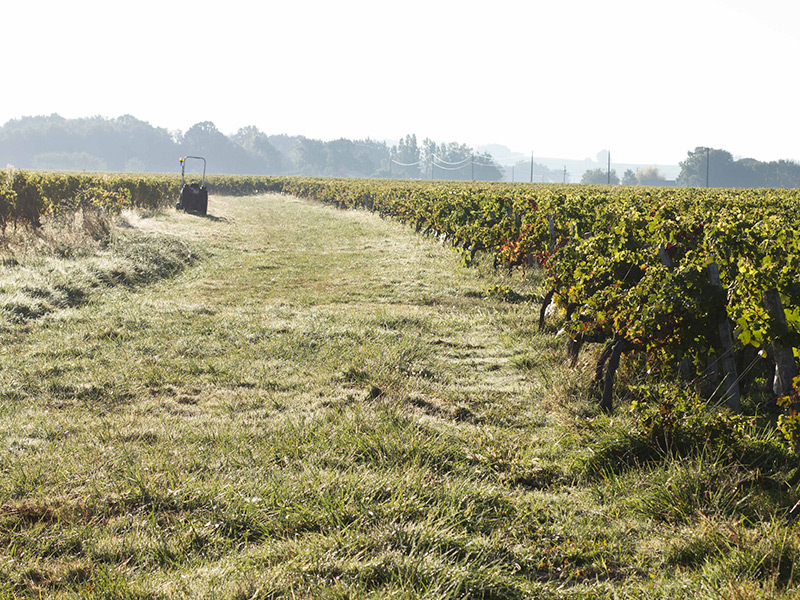 These vineyards are on the Bourrelet de Palus, situated on the border of the beautiful Dordogne, with sand and clay limestone soil.

When my wife and I acquired Château de Bel, we had only 4.5 hectares around the property and 90% was Merlot and old Cabernet Franc by that time. With my father-in-law’s help we bought nearby plots and extended  our property to 8 hectares. The surface area can be considered as small in Bordeaux but it allows me to stay close from the work done in both vineyards and cellar.

We started our vineyards’ restructuration in 2005 by cutting off the old vines less interesting as they were planted during the 60’s and 70’s, when wine culture was more about quantity than quality. Today, I can say that old vines don’t mean quality in the Bordeaux appellation. I decided to slowly renew and diversify the vineyard by planting high quality Merlot and especially Cabernet Franc which is one of my favorite varieties, inevitable if you want to produce fresher wines, more digestible and with a lower alcohol content. I also realize tests on smaller surfaces with Malbec (also called Côt, or Pressac) and Chenin Blanc, known for their historical reputation in the region.

This is the vineyard from which Clos du Canton des Ormeaux is produced.

Luckily, my mother was from Libourne and stayed there when she got married to my father, who is from the Béarn region. His grandfather was a cooper in Pomerol and, like many other people, owned some lands where grown a few vines. One day, we found an old notice mentioning a gold medal won during the « Concours Agricole » for the « Clos du Canton des Ormeaux »,  which was the first and last historical evidence of winemaking from our great-grandfather. We had a name, and especially a land in Pomerol! When we restarted to plant in 1987, it was only a 17 ares field (a sixth of hectare), surrounded by vines, and that had multiple usages from a vegetable garden to a refuge for travelers. A neighbor owner cultivated it and kept it as a farmer until 2004. The area is nowadays a beautiful vineyard composed of mature and generous Merlot.

The second life of « Clos du Canton des Ormeaux » started in 2005 when I decided to elaborate a small cuvée, limited to only 1000 bottles! My parents kept my great-grandfather’s house but also it’s cooperage shop. Now I use it as a cellar in my wine-making process, so it’s not a garage wine but a workshop wine! About 215 sq.ft including half of its area upstairs. I love this workshop even though it’s not the most comfortable place in terms of work. Everything must be put on reflection if you don’t want to be stuck between two barrels, but I feel like I carry on my family’s little story.

The source of the grapes used in Franc de Bel.

The story began when I met Bernard Gadrat, a friend of my step-father. He’s a funny guy, free, motivated and full of energy. He lives in a lovely place in Montagne, surrounded by 2 hectares of vineyards in Montagne Saint-Emilion appellation.

In 2013, he gave me his renting vineyards situated on an incredibly fresh and deep terroir. The vintage factor is absolutely insignificant here as the « bad » vintages in Bordeaux have nothing to be jealous of the « vintage of the century »…

I make small cuvees wines that highlight the grape varieties on the terroir. Cabernet Franc with « Achille » (50%), expressing its aromatic richness, and Merlot with « La Veille des Landes », thick and fruity in mouth!

Working with nature rather than against it 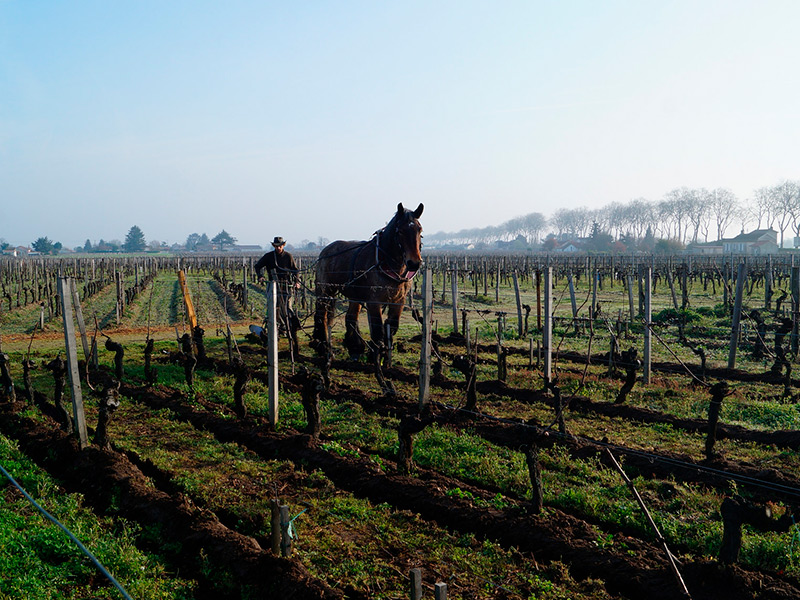 Olivier has always been a proponent of natural methods and working with nature rather than against it, but in 2016 he decided to take this philosophy to the next level and began Biodynamic practice on his estate. Biodynamics is seldom practiced by those who are not entirely in tune with the philosophy. Organic cultivation can often be as a result of commercial incentives and due to the rising popularity of Organic wine more and more producers across the world are converting to organic methods. It is not always driven by passion and a desire to work with nature however and can sometimes be just a box taking exercise to enter a burgeoning market. This in itself is not bad thing as everybody benefits, of course, but there are some for whom simply following rules is not enough.

Biodynamics involves a very in-detph understanding of nature and the terroir and following this method of producing wines requires painstaking attention to detail. It means adhering to dates and cycles in the Biodynamic calendar that determine when certain aspects of the production process can be carried out based on principles of how nature affects the way vines develop and mature. Some may consider this to be a bit quirky, but most of it is based on sound science rather than mysticism. True there are what might be called ‘spiritual’ aspects of the Biodynamic philosophy but this is no cult, it is a mindset of how to be perfectly in tune with nature so as to get the best results possible and it works, as most wine experts now agree.

Since 2016, all of our vineyards are cultivated with biodynamic agriculture, with Anne Calderoni and Thomas Le Gris de la Salle’s support with the aim of providing our land and wine with the natural and radiance characteristics they deserve.

It truly is a new adventure in which our conception of rationality must evolve and open up to new influences: those of cosmos – obviously – but also of life itself by taking into account that everything around us is alive and communicates. This might be a somewhat chaotic speech but it is true – come see us to understand it better.

Make our wines more drinkable in all their aspects (pleasure, health, respect).

Château de Bel produces a range of wines based on several grape varieties.

“I make the wine first and hope that it will then meet people.” 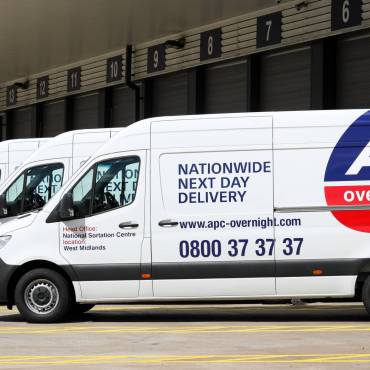 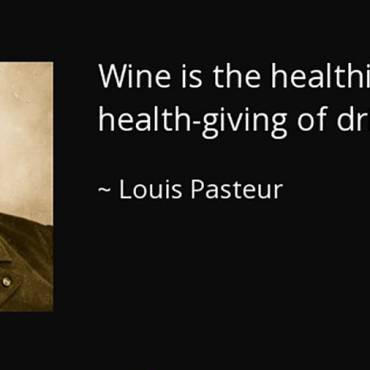